Awww yeah!!! Last night I had the bestest time getting down at the Jay-Z & Mary J. Blige concert at the Hollywood Bowl. It was my first time at the Hollywood Bowl and it’s such a beautiful venue and so cool to be watching a concert under the stars. Ms. Mary did her thang while Mr. Jay brought out the sickest beats. I was hoping Jay-Z’s new wifey Beyonce would make a special appearance, but nevertheless Jay-Z & Mary J. did not disappoint – they ended the night with the most amazing fireworks show I have ever seen!

No cameras were allowed, but I got this pic from my camera phone. Not the same clarity as my SLR, but you get the gist: 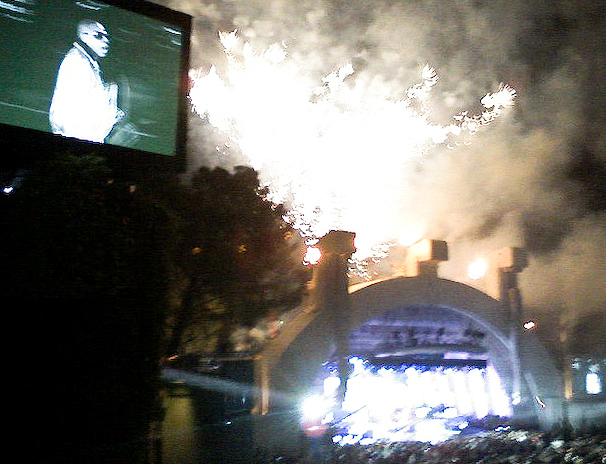