After they finaaaallllllly got engaged (I can joke about this because they are my good friends 🙂 and you must see their incredible proposal video), Vu told me that he has always wanted to do an engagement session in gorgeous Halong Bay, Vietnam. I had been to Halong Bay before and it is one of the prettiest natural spots I have been to. We had actually planned to go in early October, but when Jason asked me to help him shoot the grand opening of Gucci Hanoi (which will be revealed in another blog post later), Linda + Vu rallied through some last minute hurdles (and I mean last minute!) to come along to help with the event and also do their engagement session on the same trip. Everything worked out perfectly and next thing you know, we were on a boat! Linda + Vu rented a private 125 foot boat for just the four of us! We sailed the bay for two days – taking in the gorgeous scenery and of course eating, shooting and sweating thanks to the humid Vietnam weather.

This was just my second time to Vietnam and I was so lucky to spend this trip with such great people! I am thankful for such wonderful friends and I am beyond happy to share in the happiest times of their lives! They are seriously like family to me and it was a lil’ gross watching them kiss, but I was a true professional and tried not to laugh :). After such a grand proposal and engagement shoot, what’s next for these two????! I can’t wait for their wedding!

Be sure to check back on the blog for a recap of the Gucci grand opening and go on Jason’s blog to view some additional photos from the trip! 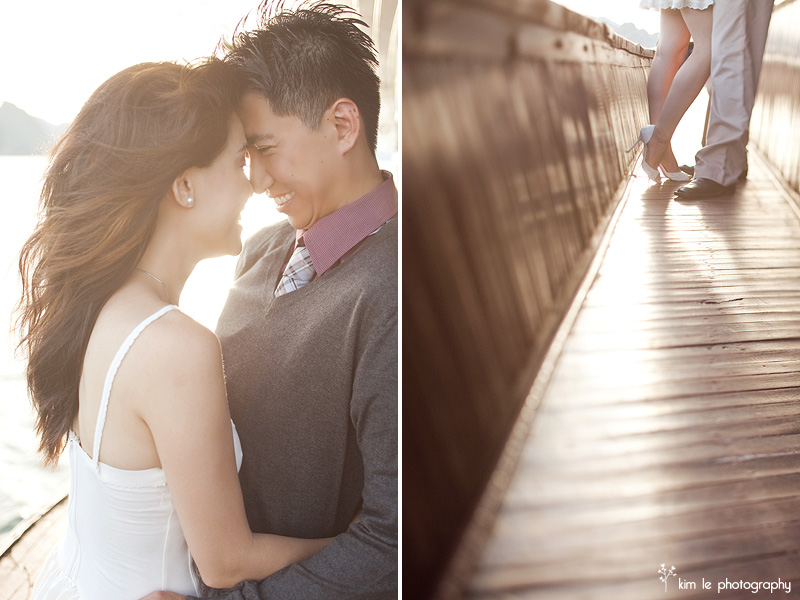 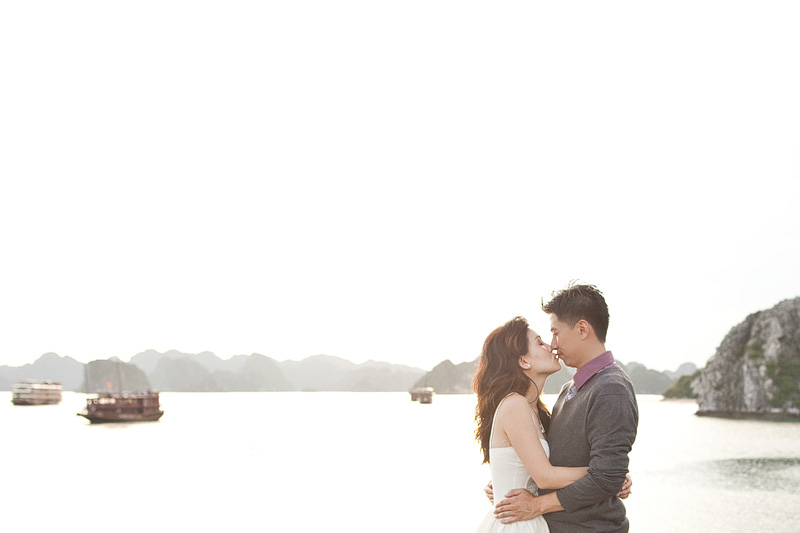 Ok these two look so fresh and happy, but seriously it was a humid 100 degrees in Halong Bay and they managed to pull it off. You would just stand there and be soaked in sweat. Props to Vu for wearing a sweater! 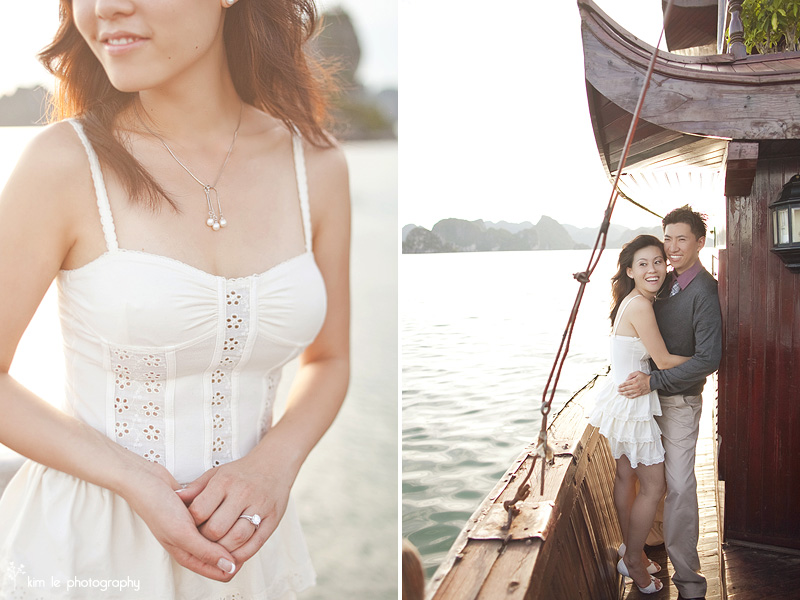 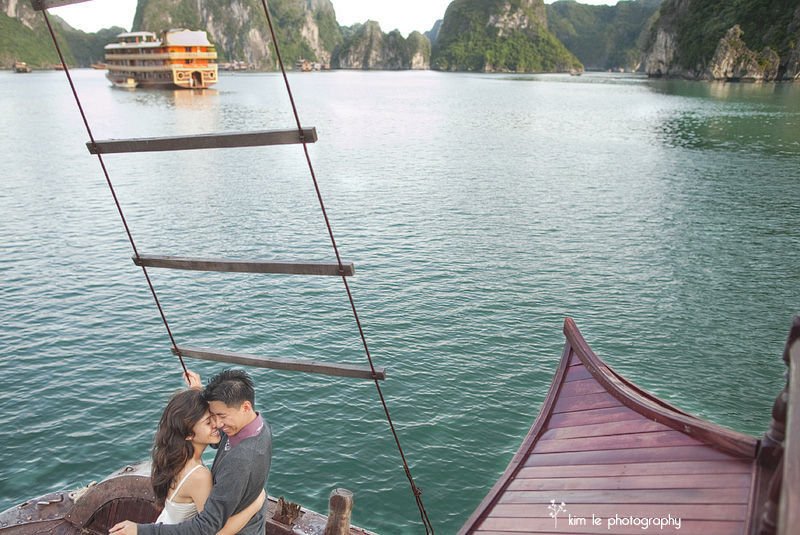 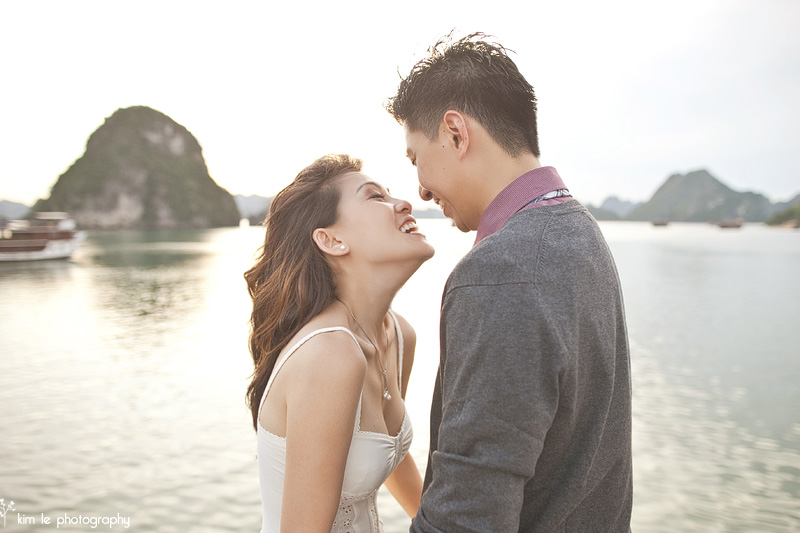 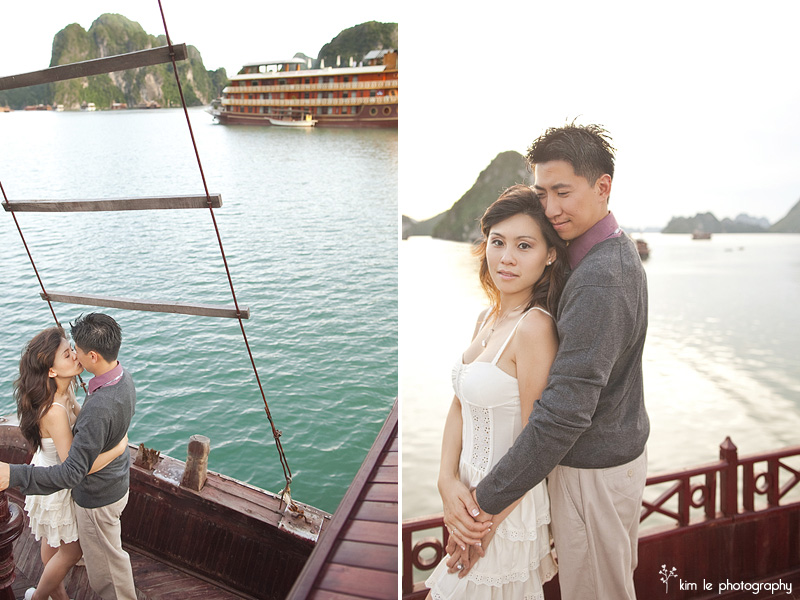 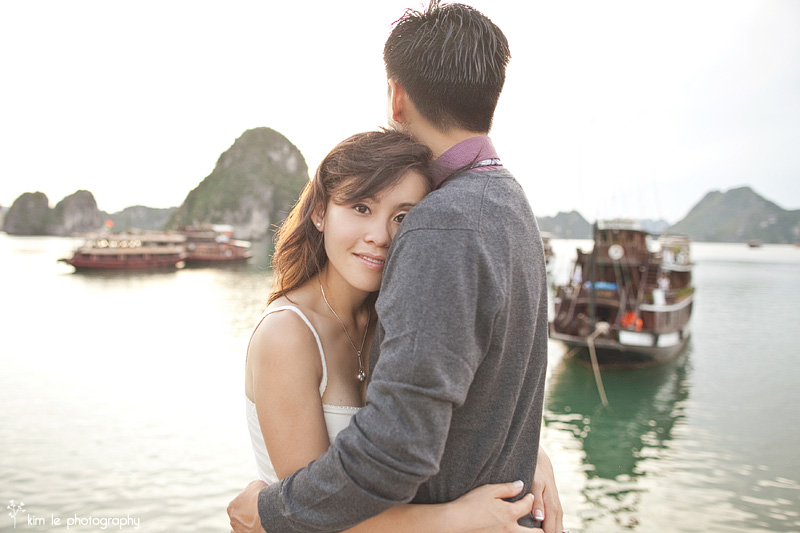 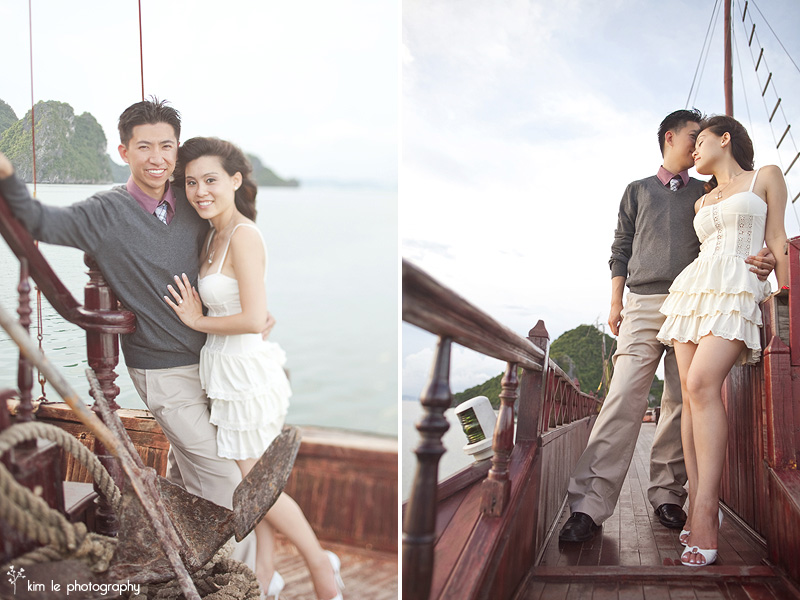 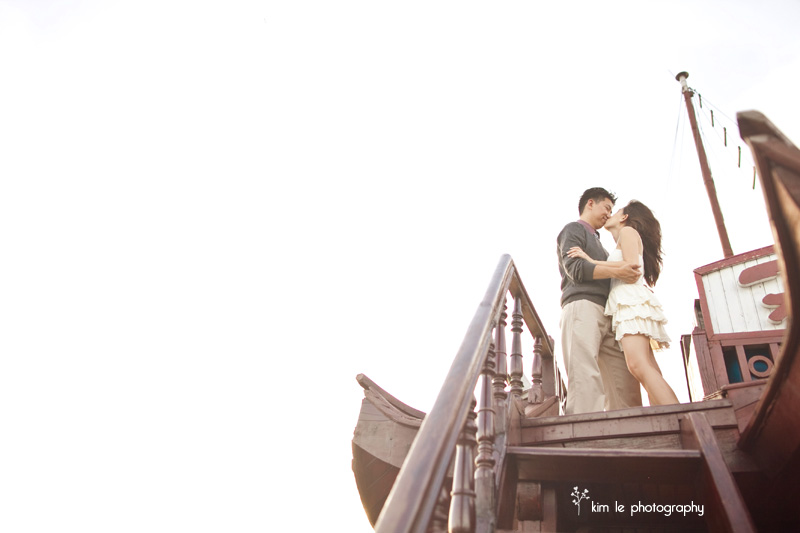 So Jason and I took a kayak out to the middle of the bay to get some boat shots. We were the only ones in the bay without life vests. May I remind you that I can’t swim and we have very expensive equipment in our kayak filled with water. Go us! My cute, hardworking kayak partner: 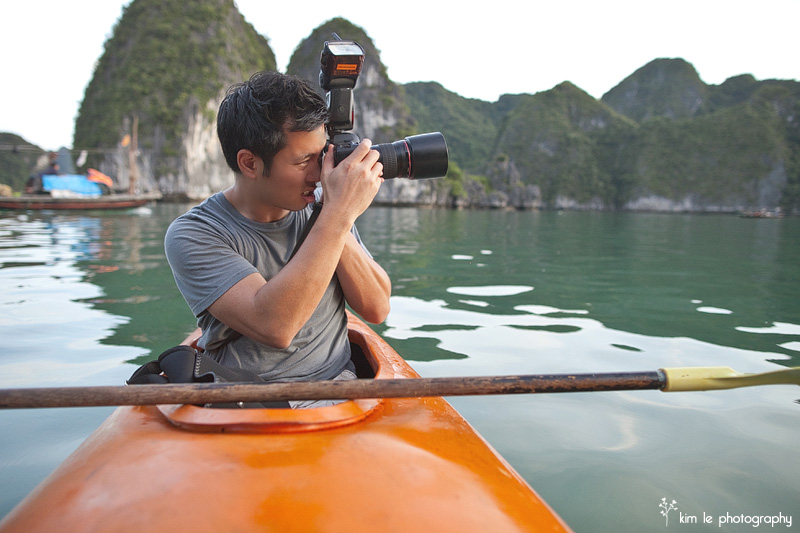 Can you spot the lovebirds? We had a long way to kayak… 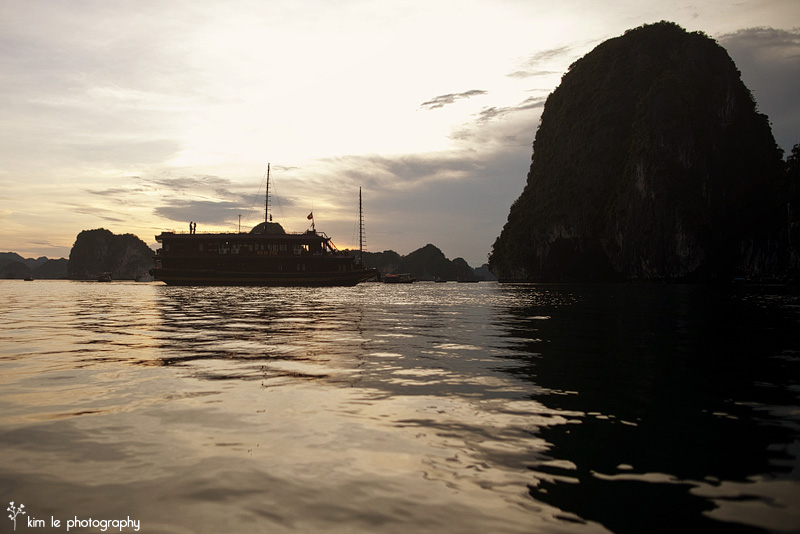 And while we were in the kayak, the sky suddenly got even more beautiful: 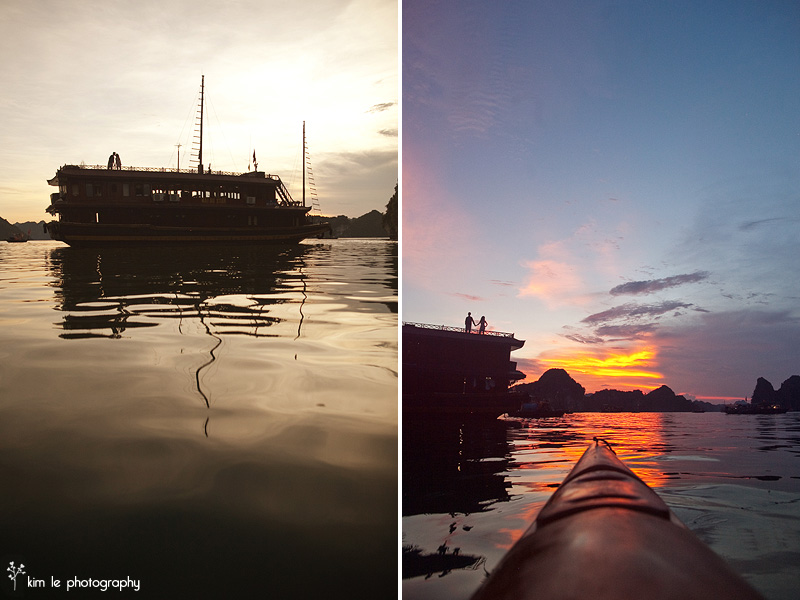 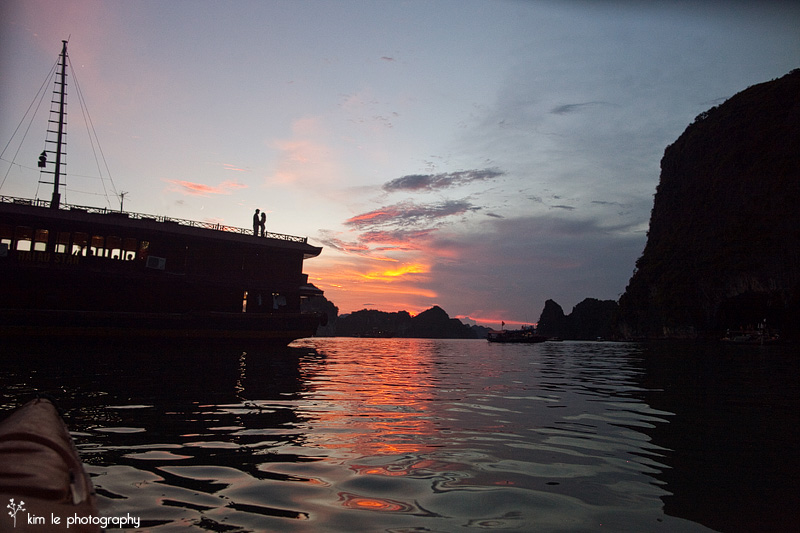 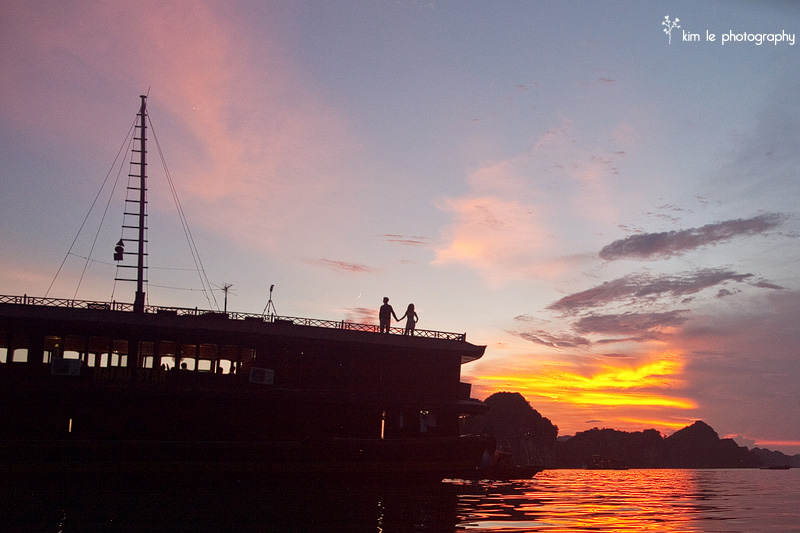 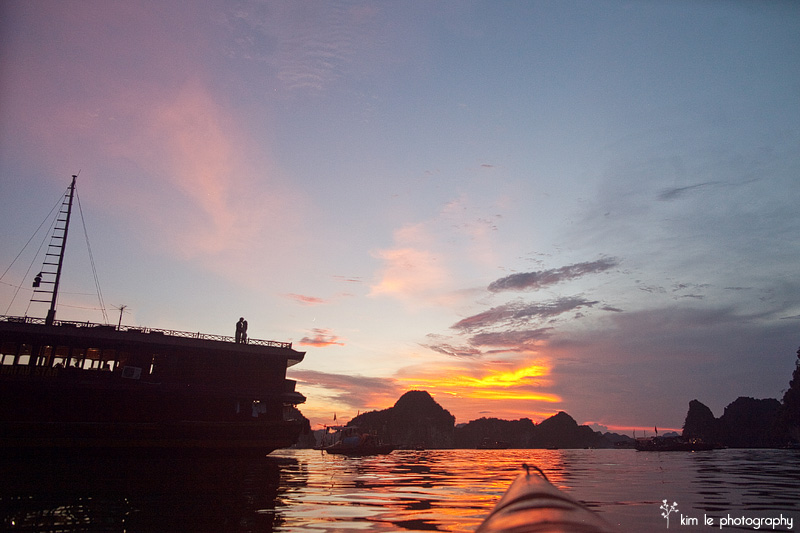 After Halong Bay, We traveled back to Hanoi for some city shots. 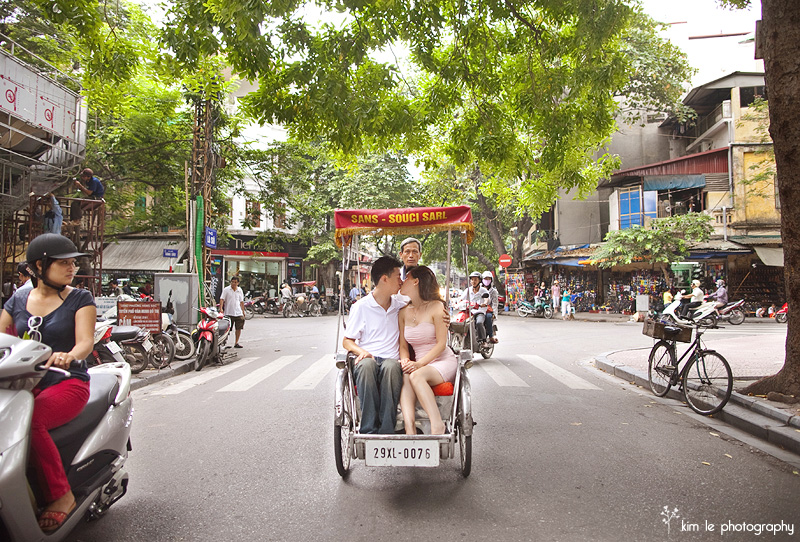 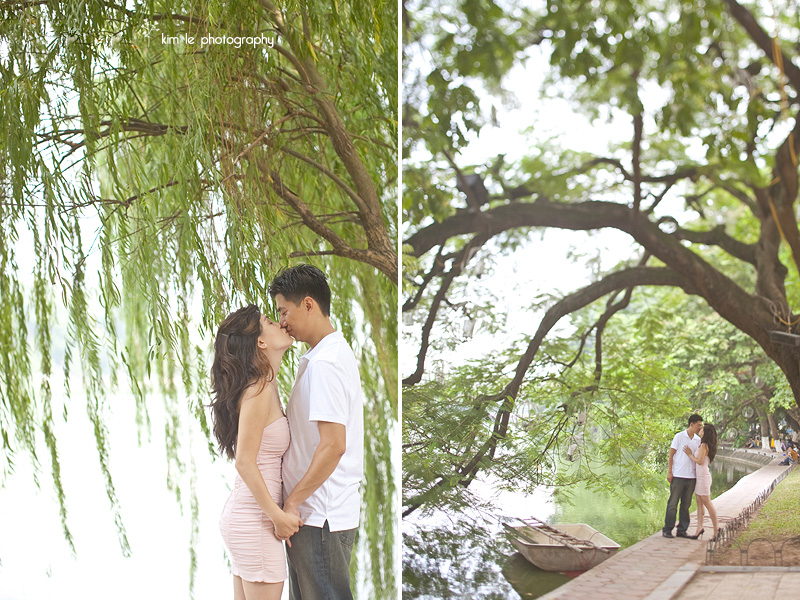 Now if you have ever been to Vietnam, you know one of the hardest things to do is cross the street. Even with a crosswalk, there is no such thing as right of way or stopping for that matter. The best advice is to just keep walking and never stop. Somehow they miraculously never seem to hit you. So I had the bright idea of having Linda + Vu cross a busy street while I took photos (and Jason sat on the sidewalk). 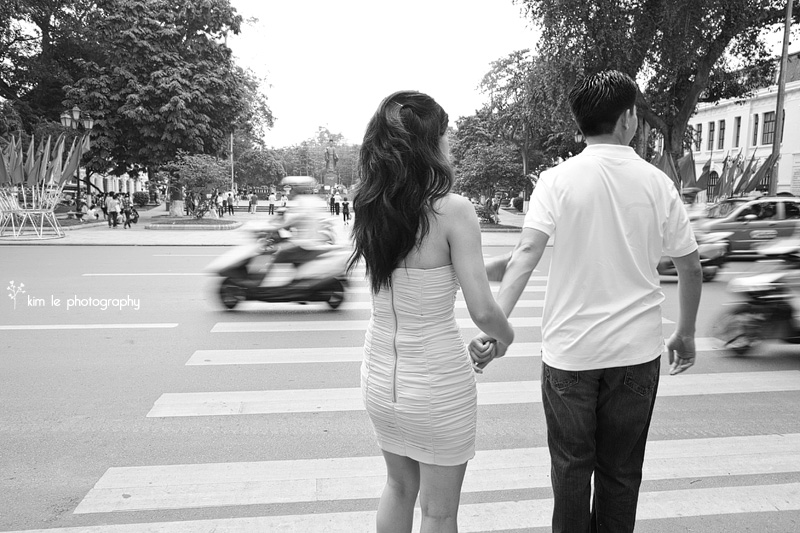 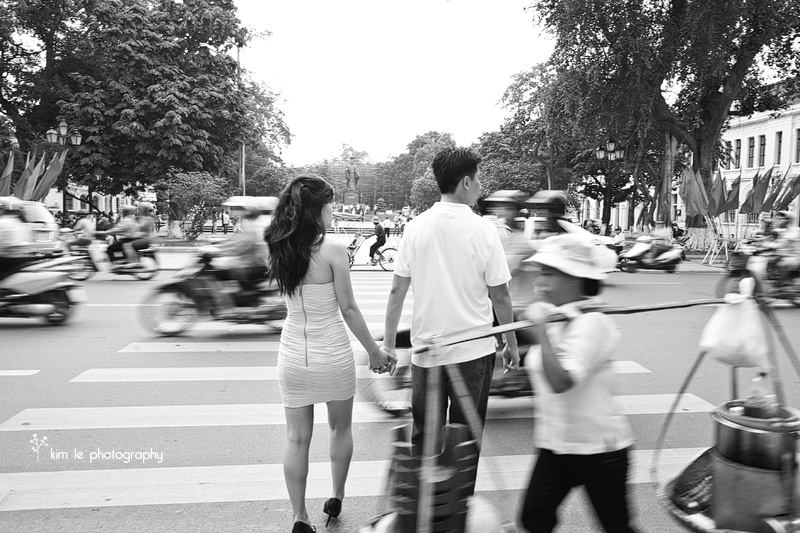 Never stop?! How about stopping and kissing. Yes we are asking to get run over. 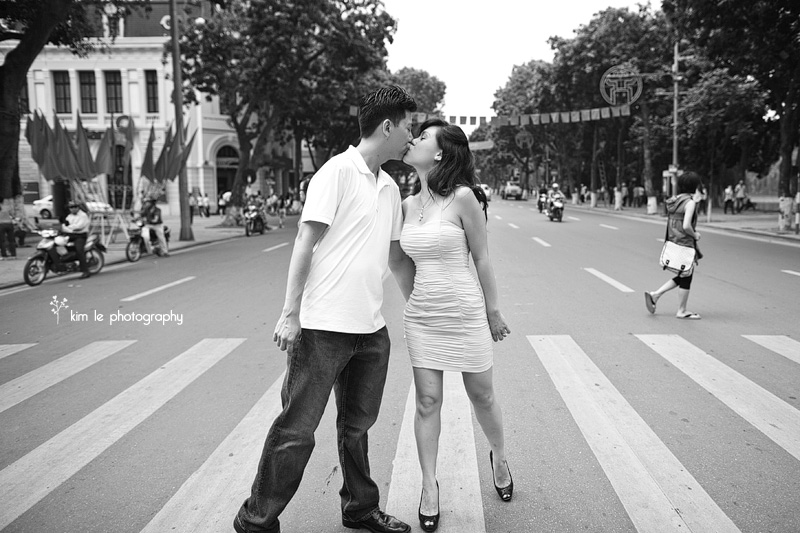 I love how the kids on the bicycle are totally staring at Linda. LOL. 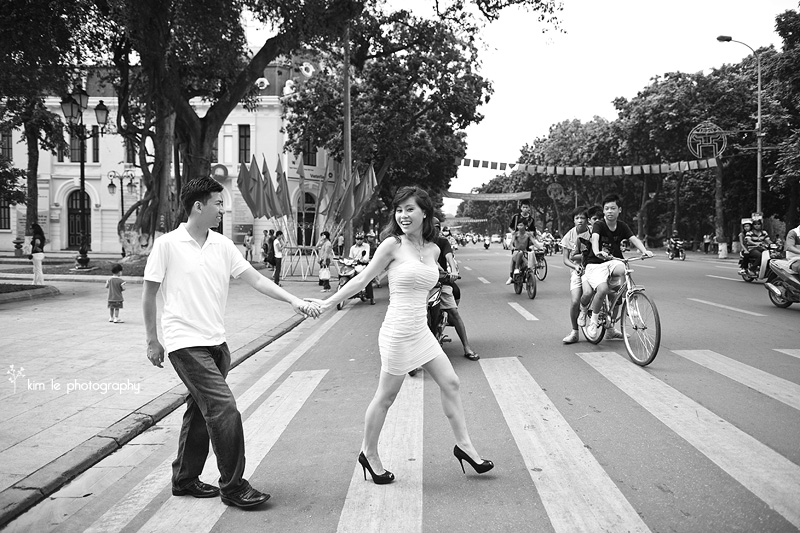 Linda + Vu are such troopers. Notice how Jason and I are shooting from the sidewalk. A man with his camera came up and stood beside me and started shooting Linda + Vu as well. I didn’t know who he was. 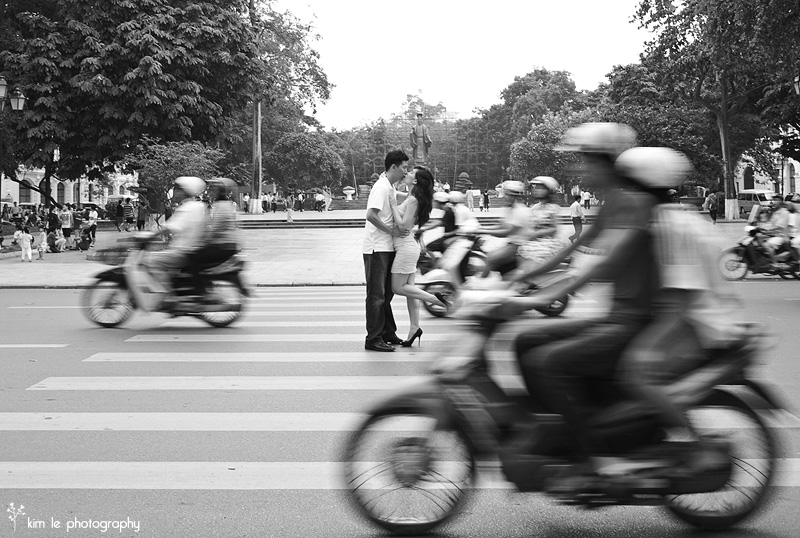 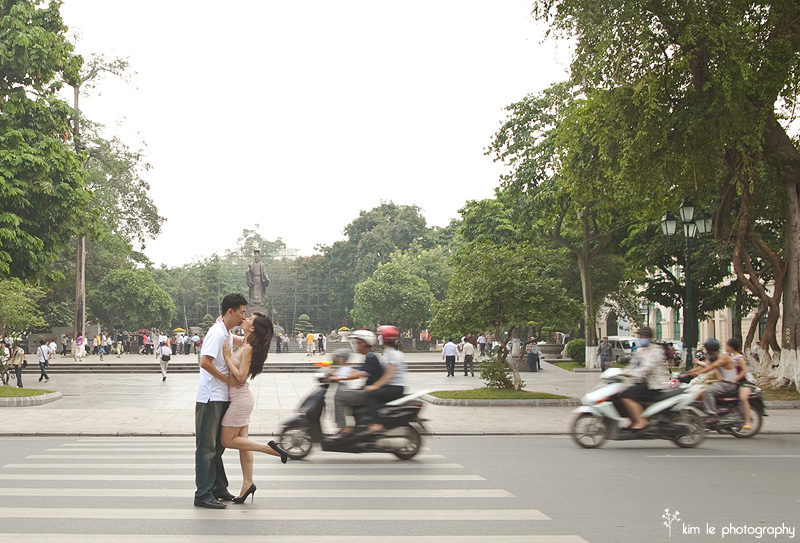 This nice man let us borrow his yellow Vespa for some shots. 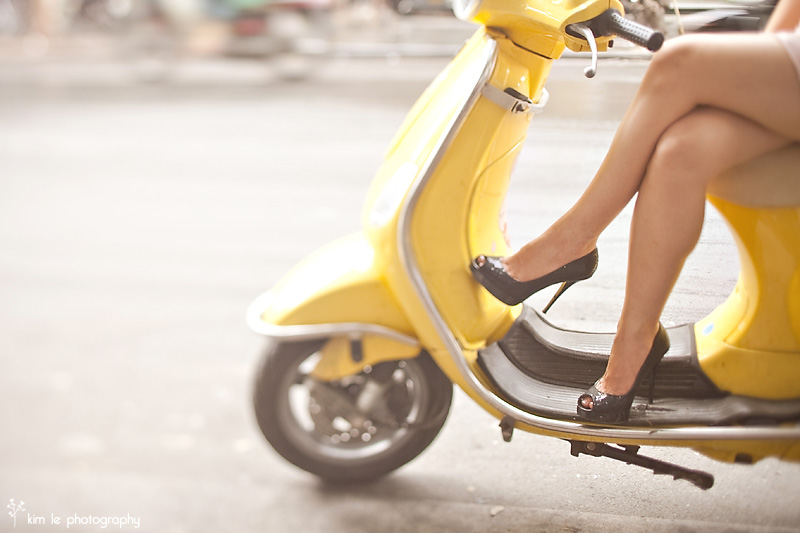 And then it started to rain towards the end of the shoot. I love how the rain gave these next few pics a more romantic feel. 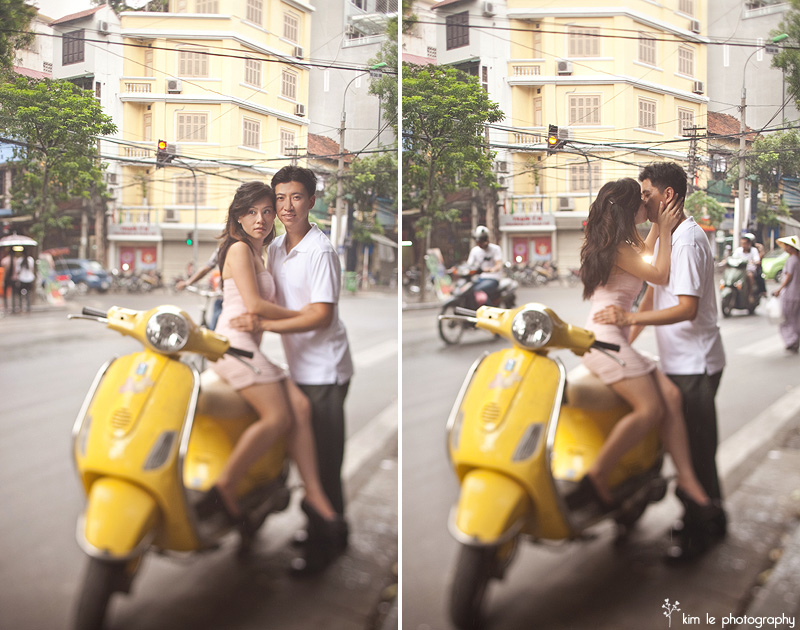