I apologize for not posting lately. Last weekend, I had to travel to New Orleans, LA for a family funeral. It was a sad time for my family, but I know my cousin is in a better place. As unfortunate of an event it was, I was able to reunite with family and return to the city where I was born and raised. In 1980 and after the fall of Saigon, my parents fled Communist-controlled Vietnam by boat in search of a better life for my family. I am still amazed today by my parents’ courage and their ability to overcome adversity and difficulty. I can’t even imagine what they went through – my mother was even pregnant with me at that time! Upon arrival to the United States, my family received sponsorship and found their way to New Orleans. A few months later, I was born and our family lived there for the next 11 years prior to moving to Orange County, CA. I have very fond childhood memories of New Orleans and could not believe the damage Hurricane Katrina brought to the City in 2005. This was my first time back to New Orleans post-Katrina and you can still see the devastating impact Katrina had on the City and the people of New Orleans. There were a lot of abandoned buildings and homes and areas yet to be rebuilt. Only 60% of the pre-Katrina population has returned to the City. I believe over time, the infrastructure will be rebuilt and the City will flourish once again. New Orleans has so much history, vibrancy and culture that I can’t imagine it any other way.

In the midst of mourning with our beloved family, we squeezed in some time to take in New Orleans and all its splendor:

New Orleans also has amazing architecture, I just love the Creole townhouses you find throughout the French Quarter: 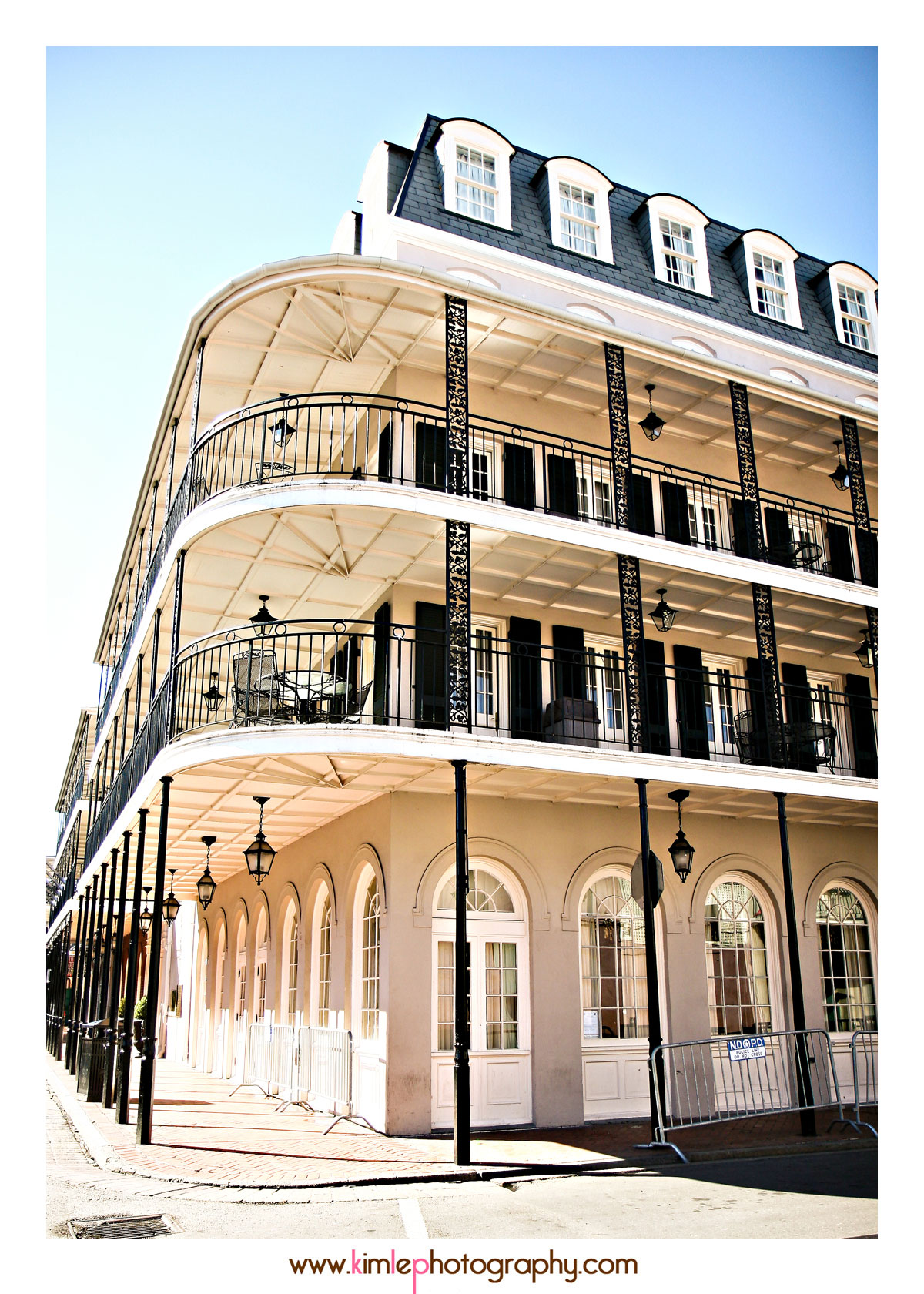 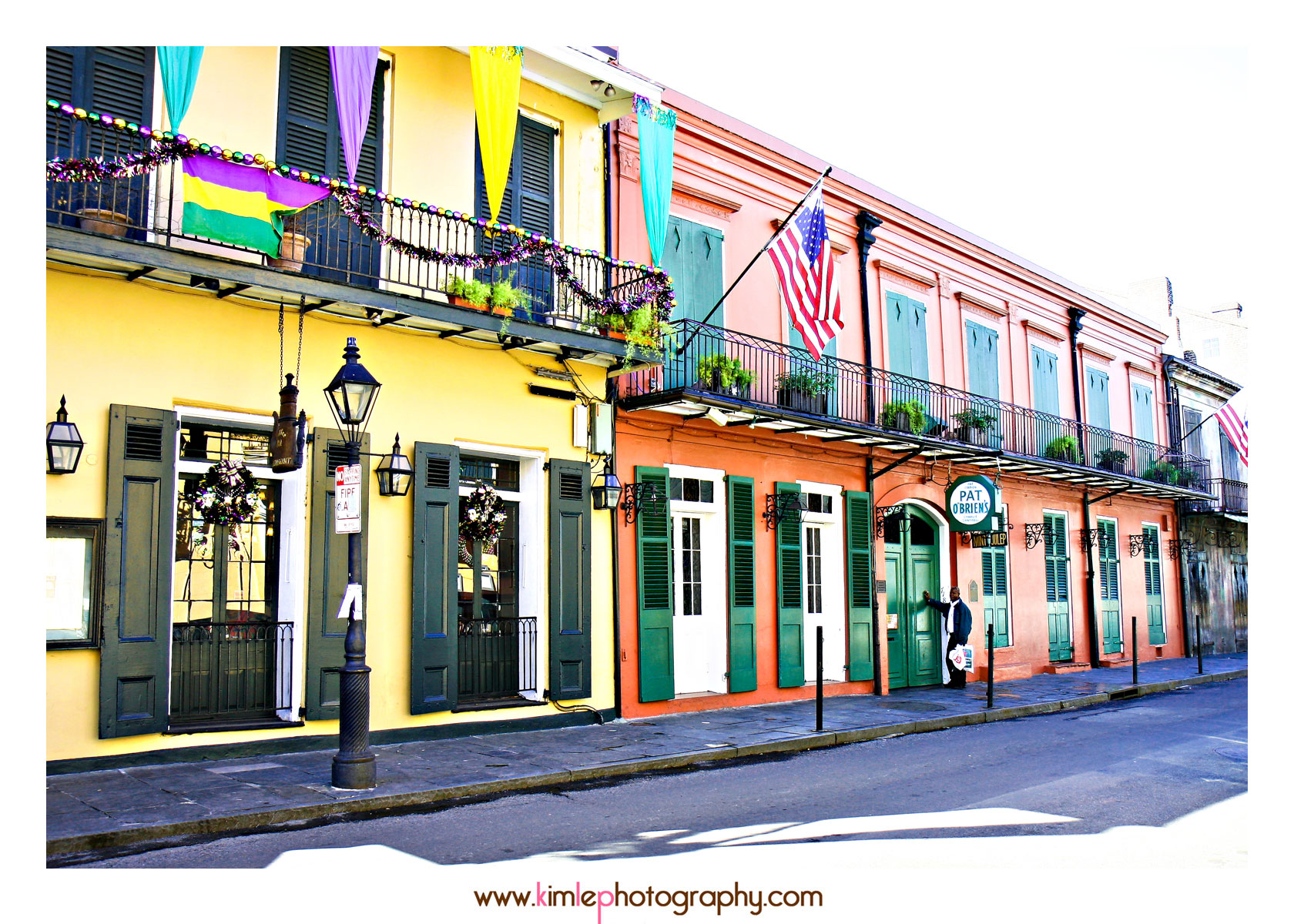 Sadly, we could not find Angelina, Brad, Pax or the rest of the Jolie-Pitt clan anywhere: 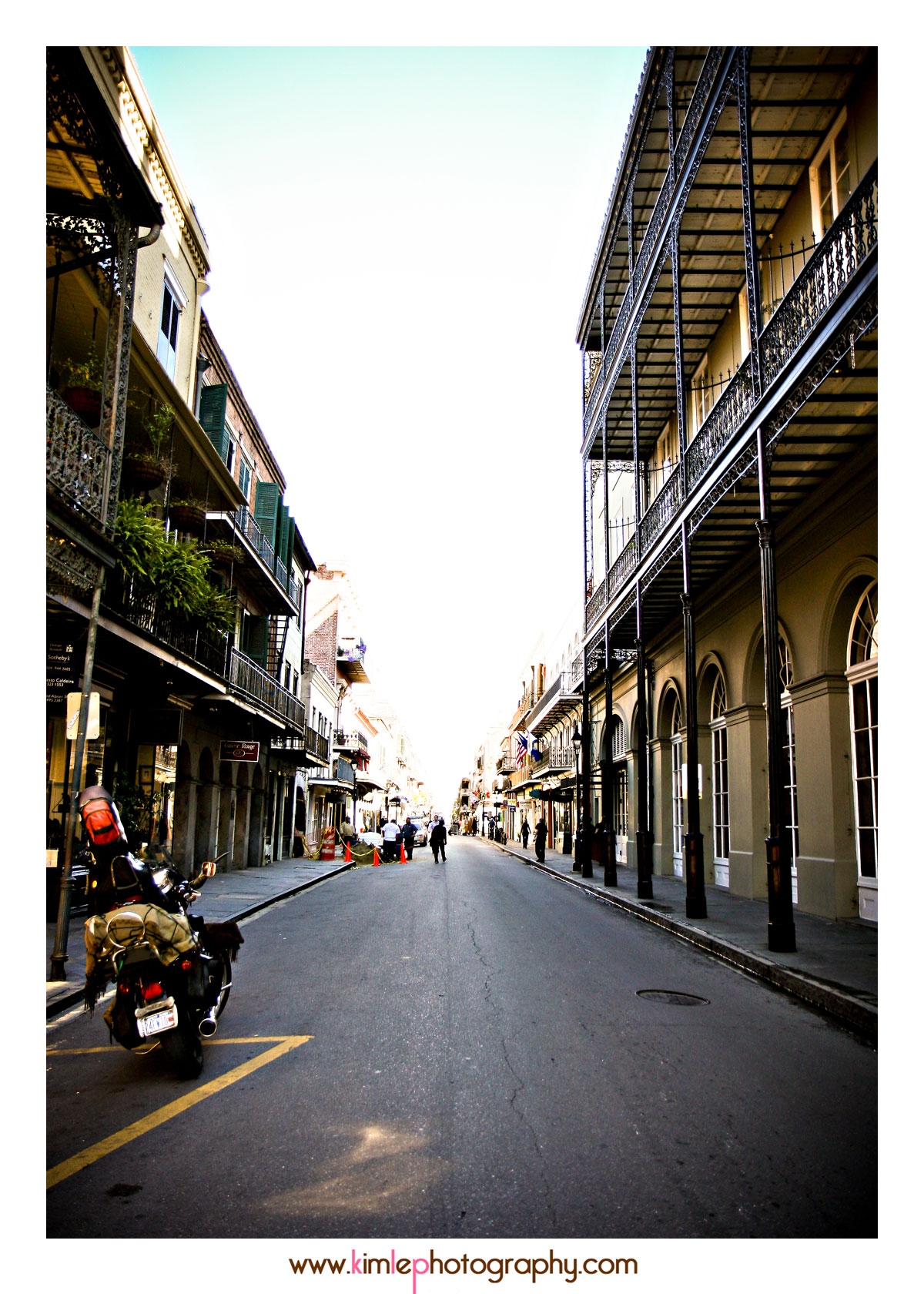 In the heart of the French Quarter is Jackson Square which boasts the grand St. Louis Cathedral: 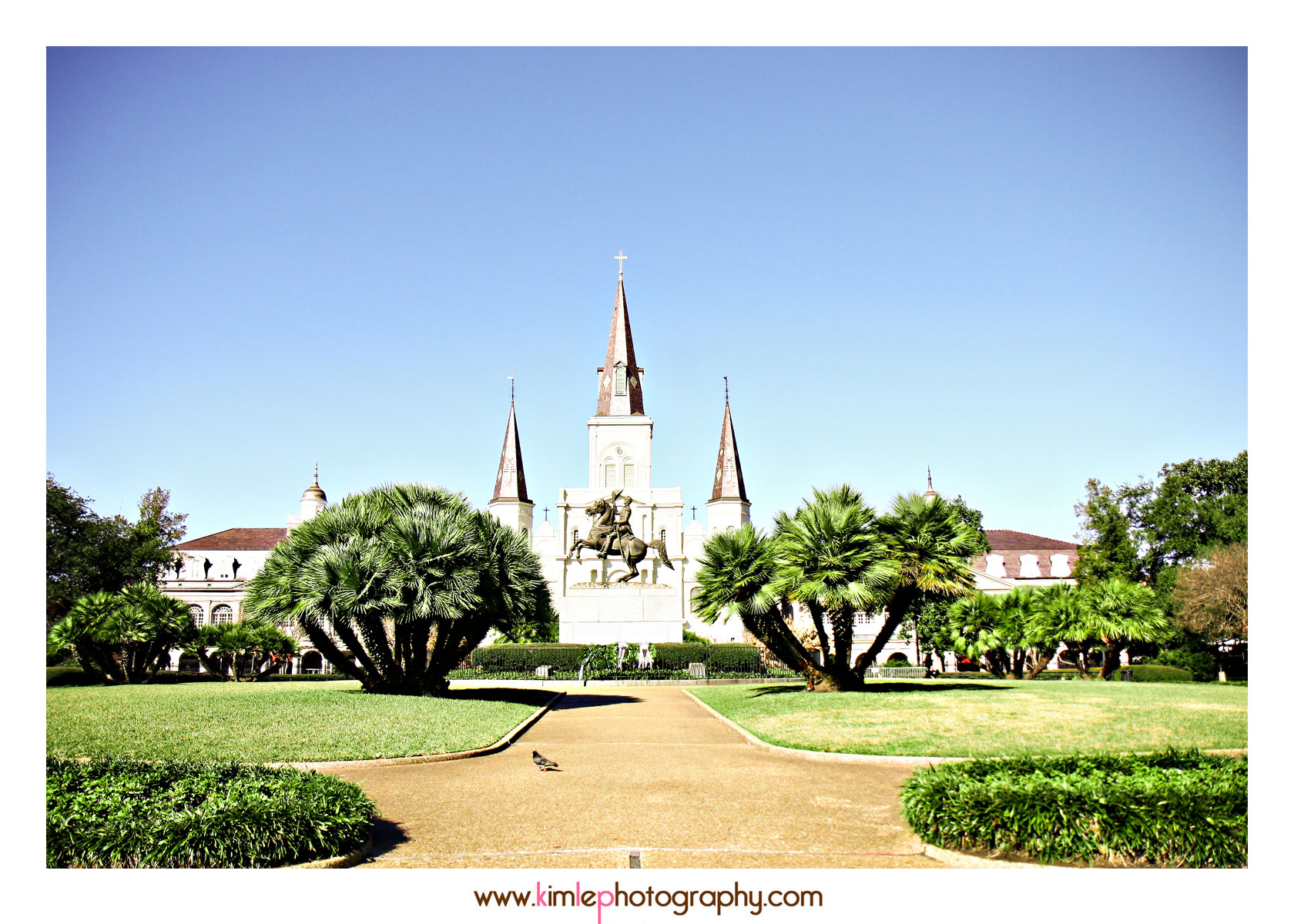 and the infamous Cafe du Monde!!! I looooove this place! If you ever go to New Orleans, you must eat here! 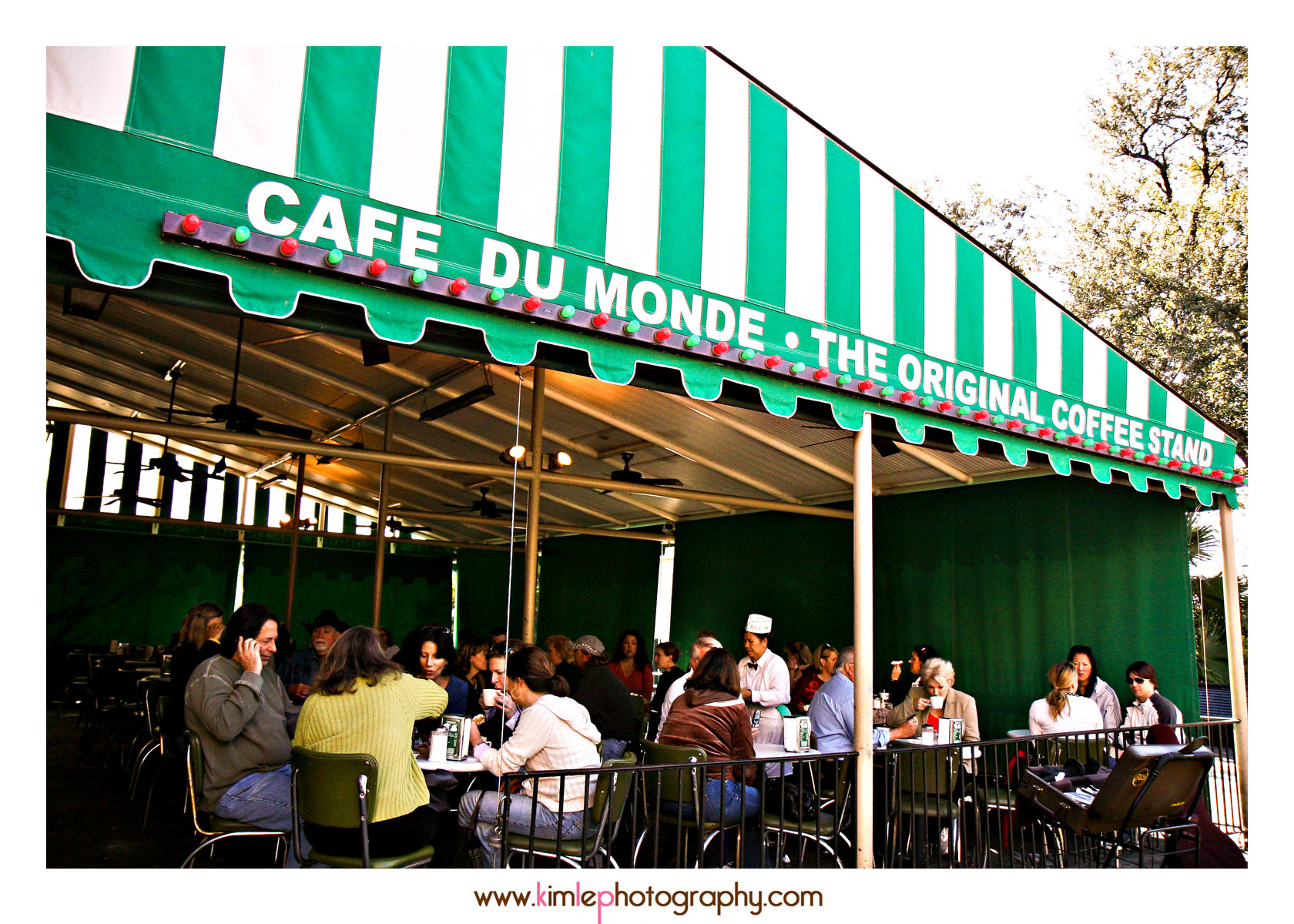 They serve incredible beignets and coffee. Beignets are french-style doughnuts sprinkled with powder sugar. They are sooo good that we seriously had beignets at least 2 times a day while we were there. 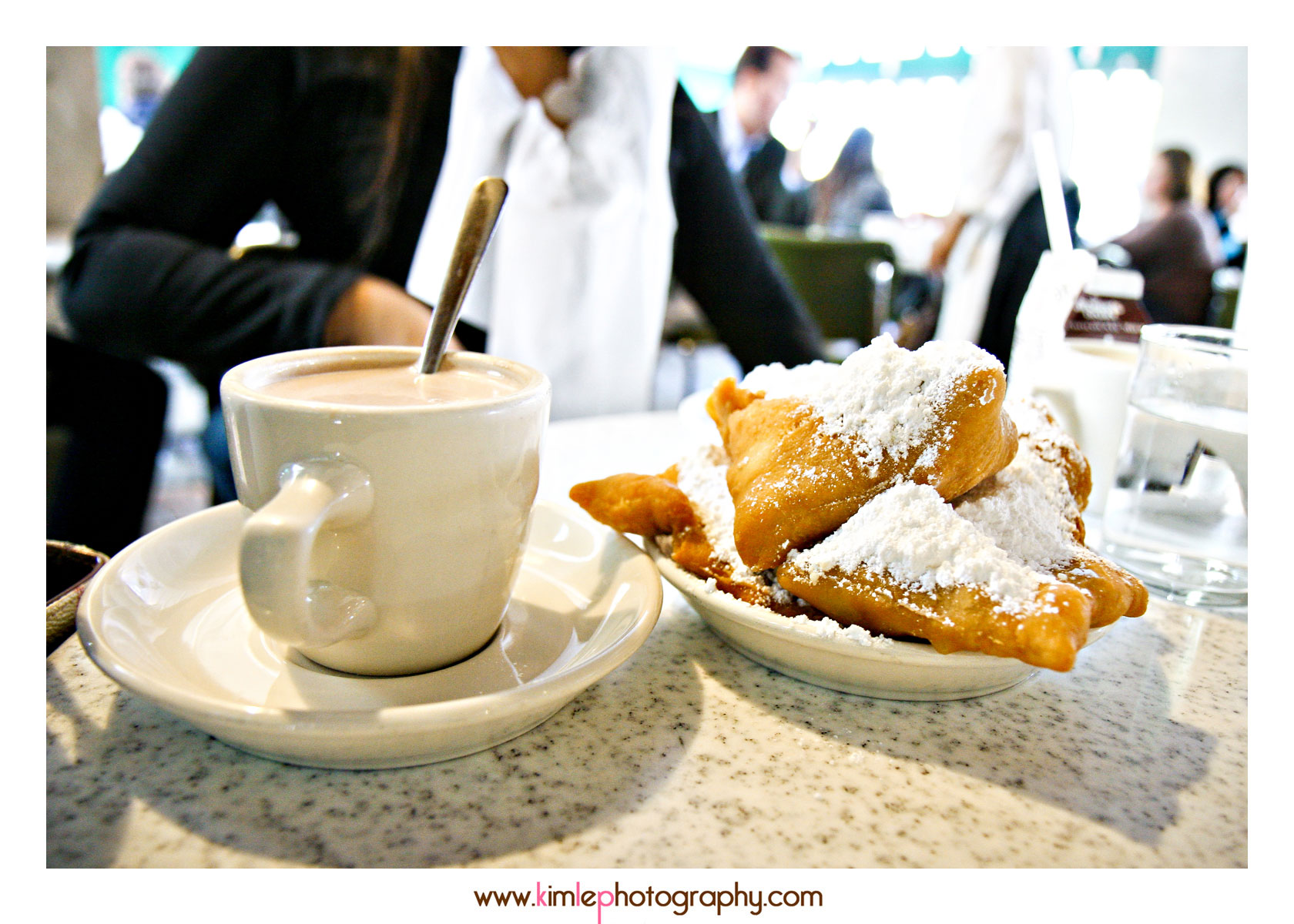 Growing up, we also had crawfish at least once a week. If you ever grew up in New Orleans, ya’ll know what I’m talking. These suckers are so tasty and spicy and fun to eat. To say the least, my sisters and I had our “fix” at the fabulous Acme Oyster House, where they not only sell hot & spicy boiled crawfish by the pound (the only way to eat it!), but also the best oyster po’ boys I have ever eaten! You must check this place out! Here’s my kooky sister showing off her crawfish: 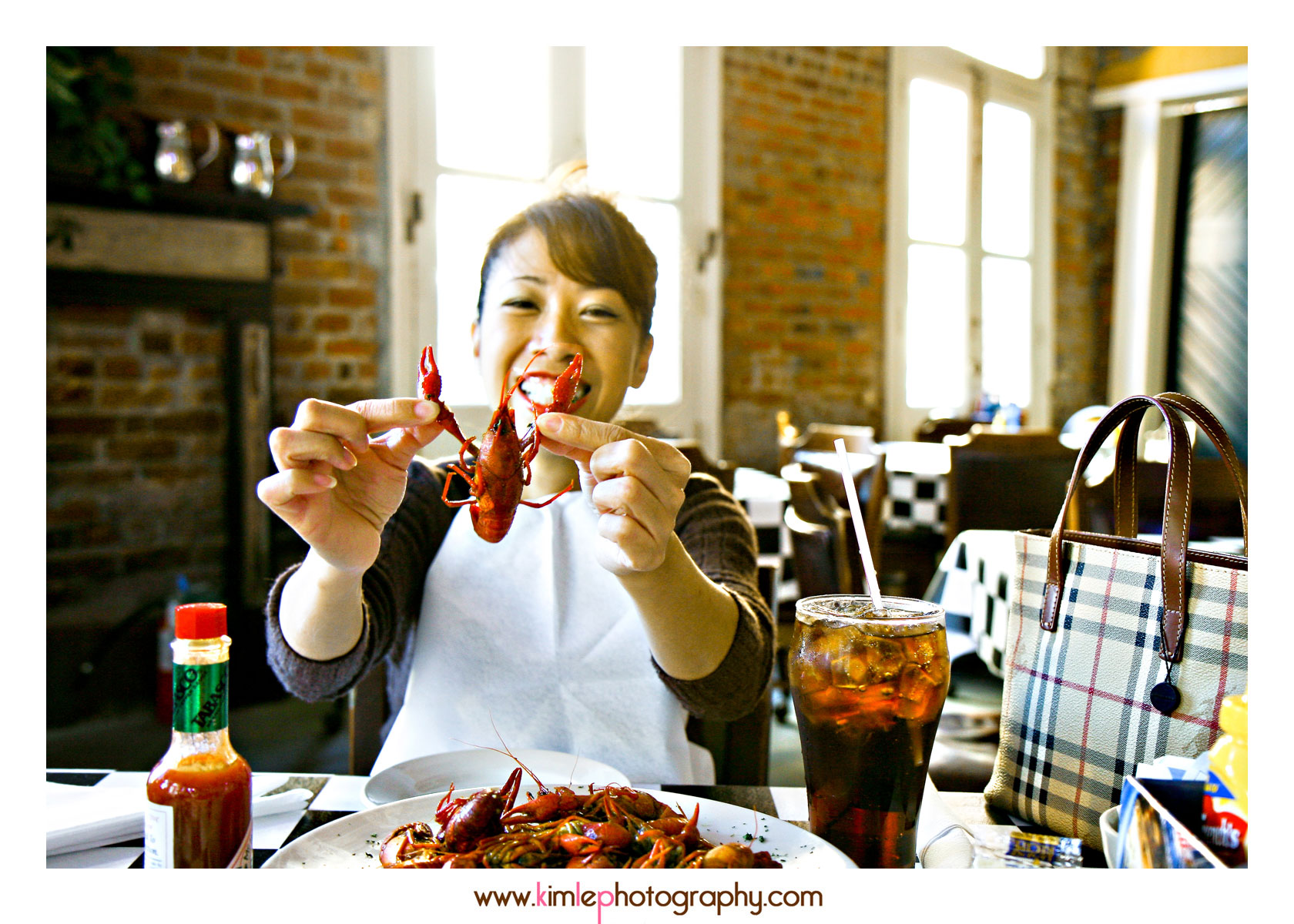 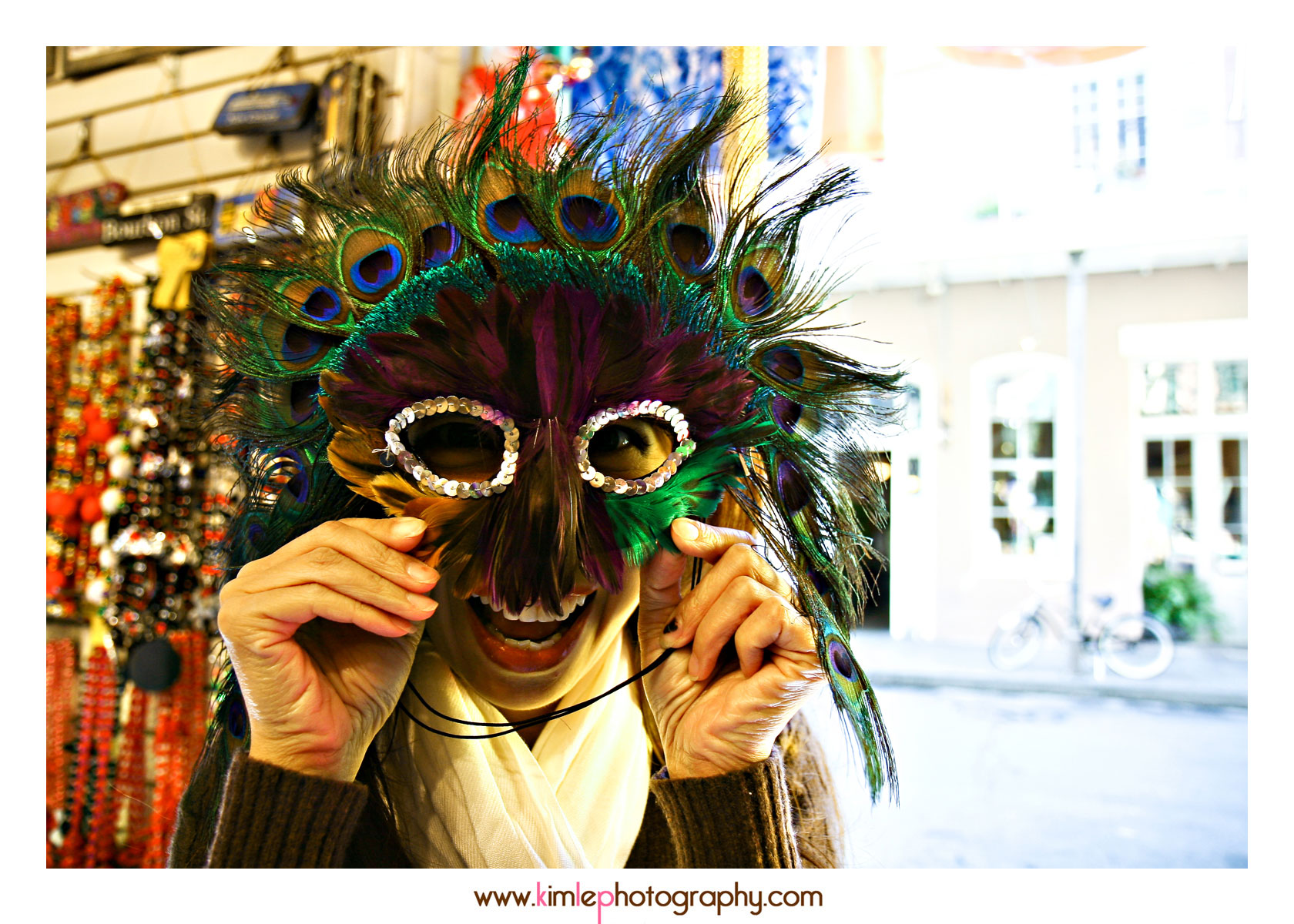 After we were done visiting the French Quarter and stuffing ourselves, we decided to take a walk down memory lane or Canal Street – the street we use to live on. Here’s our old house (it’s the one smack in the middle of the picture)! It looks a lot different now, as it had to be fixed up after Hurricane Katrina. 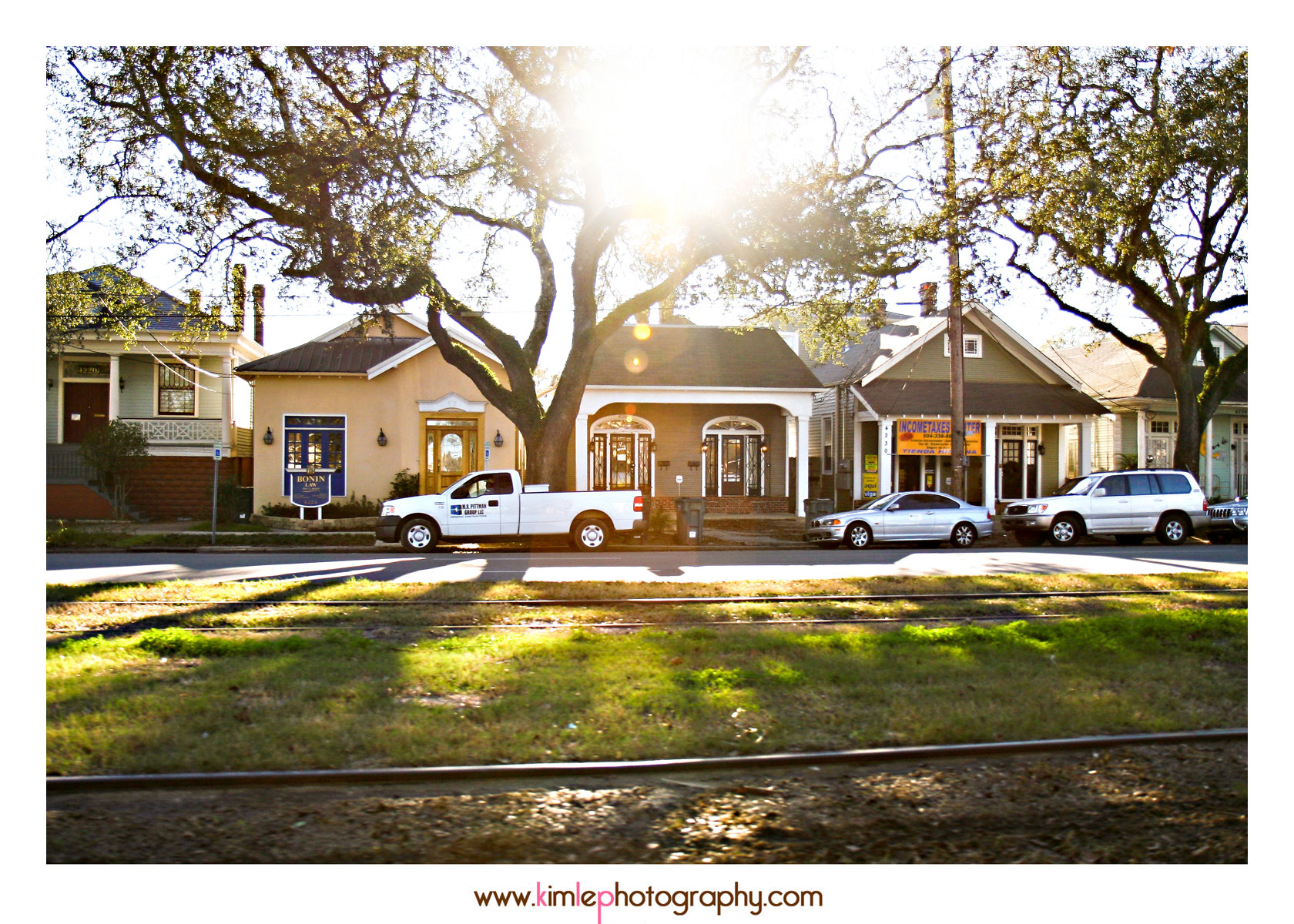 And 3 blocks down the street from our house was my elementary school – St. Anthony of Padua! It was such a great school – I think I still have my uniform somewhere. And boy did walking 3 blocks seem far when I was a kid. Here’s my other kooky sister trying to break into the school: 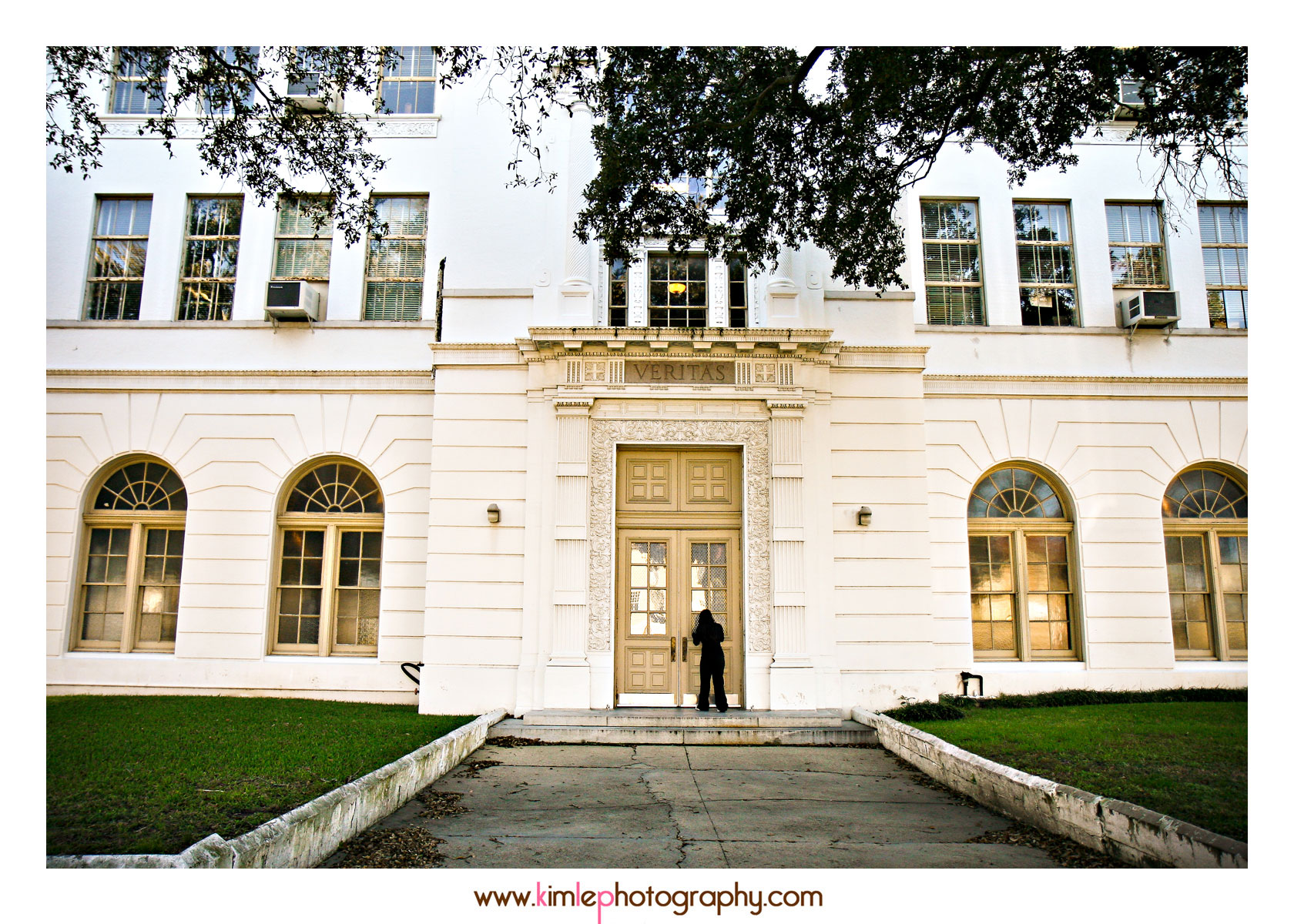